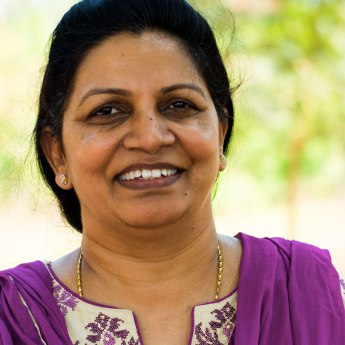 Chandrashekar and Irene are natives of India and serve the Lord in Mumbai, formerly known as Bombay; Mumbai is named after the Hindu goddess Mumba Devi. The Edas came to Mumbai in 1981. Despite the odds against them (they slept on a concrete floor with no mattress for months), the Lord was good, and they began to plant Baptist churches. During the last twenty years of their ministry, they were able to plant 125 churches and evangelize more than 300 villages with a team of 51 committed fundamental Baptist preachers.

The Edas’ goals are simple: to train up Nationals, to build fundamental Baptist bible believing churches, and to spread the gospel throughout India. They oppose liberal theology and stand fundamental in doctrine, Baptist by conviction, and militant in defense of the Gospel and the Word of God.